Twice in a Blue Moon

Summary: Sam Brandis was Tate Jones’s first: Her first love. Her first everything. Including her first heartbreak.

During a whirlwind two-week vacation abroad, Sam and Tate fell for each other in only the way that first loves do: sharing all of their hopes, dreams, and deepest secrets along the way. Sam was the first, and only, person that Tate—the long-lost daughter of one of the world’s biggest film stars—ever revealed her identity to. So when it became clear her trust was misplaced, her world shattered for good.

Fourteen years later, Tate, now an up-and-coming actress, only thinks about her first love every once in a blue moon. When she steps onto the set of her first big break, he’s the last person she expects to see. Yet here Sam is, the same charming, confident man she knew, but even more alluring than she remembered. Forced to confront the man who betrayed her, Tate must ask herself if it’s possible to do the wrong thing for the right reason… and whether “once in a lifetime” can come around twice.

From the New York Times bestselling author of The Unhoneymooners and the “delectable, moving” (Entertainment Weekly) My Favorite Half-Night Stand comes a modern love story about what happens when your first love reenters your life when you least expect it…

Since everyone had been telling me to read a Christina Lauren book, when I saw this at Book Expo- I picked it up. A couple of blog friends told me that this book was rumored to have a different vibe from some of the earlier work by the duo- but I was ok with that- since I had not read any of their books.

And, honestly? Twice In A Blue Moon is good. It just didn’t give me all the HEARTS, RAINBOWS, SPARKLES, and GLITTER that I had expected from hearing others raving about the duo.

I think I would have liked it better if I had went in completely blind about the duo and their writing ability.

Well that cover- PS: Can you spot the difference between the ARC cover and the finished copy?

Tate! Love her. She’s had this life where she’s earned  so much- and yet, she has to question so much- did she get it because of her name? Who can she trust? She’s interesting, and I would not mind hearing from her in a later book or her making an appearance in another book.

The Dirty Dancing reference. ❤ I love a good movie reference.

Bottom line: For me, this was def a like more than a LOVE book- but I really don’t regret reading it. And while, I personally enjoyed My Favorite Half-Night Stand more, Twice In a Blue Moon has a lot going for it (and it would def be a book that I would not mind seeing made into a movie!) 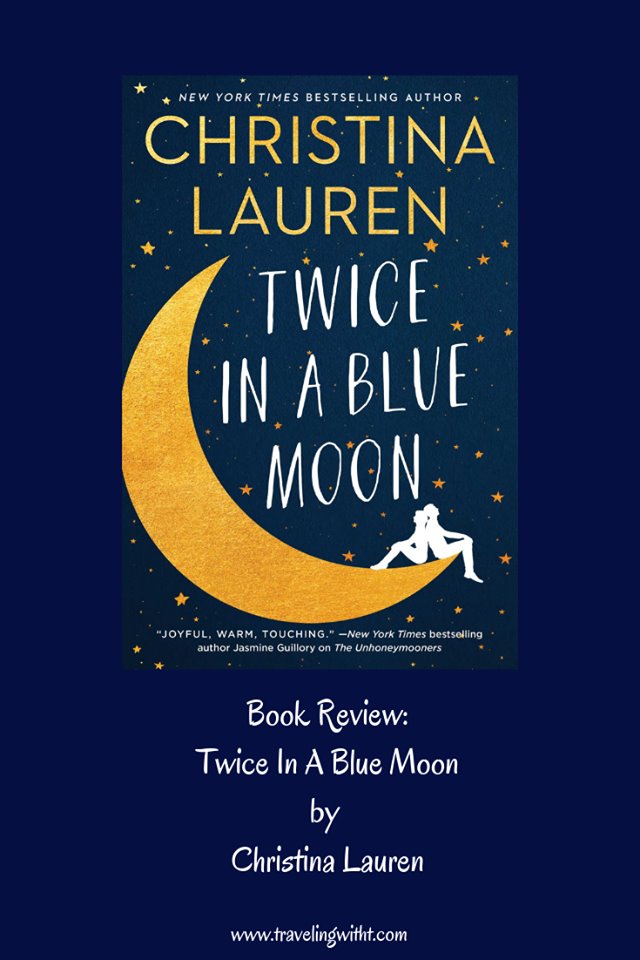 *Have you added Twice in a Blue Moon to your TBR list?*