It’s Jazz Fest in New Orleans, and the giant puppets from the Beastmaster Puppet Theatre are parading through the French Quarter. Some are very spooky and veiled, others are tall and gangly, like strange aliens.

As the parade proceeds, Carmela Bertrand and her best friend, Ava, follow behind, down Royal Street and past the food booths. Suddenly, they hear a terrible crash from Devon Dowling’s antiques shop. They rush inside to find Devon collapsed with blood streaming down the side of his face. Has he been shot? Stabbed? 911 is hastily called, and the police and EMTs show up. After the police examine Devon’s body, they tell Carmela and Ava that their friend was murdered with an icepick. They’re shocked beyond belief–and now Mimi, Devon’s little pug, is left homeless.

Carmela and Ava are determined to catch the murderer, but the list of suspects is long. How long do they have before they find themselves on the killer’s list?

I’ve been reading the Scrapbook series by Laura Childs for several books now- probably around book 8 through current. I always want to go to New Orleans after finishing a book and Carmela and Ava would be my best friends if I lived down there 🙂 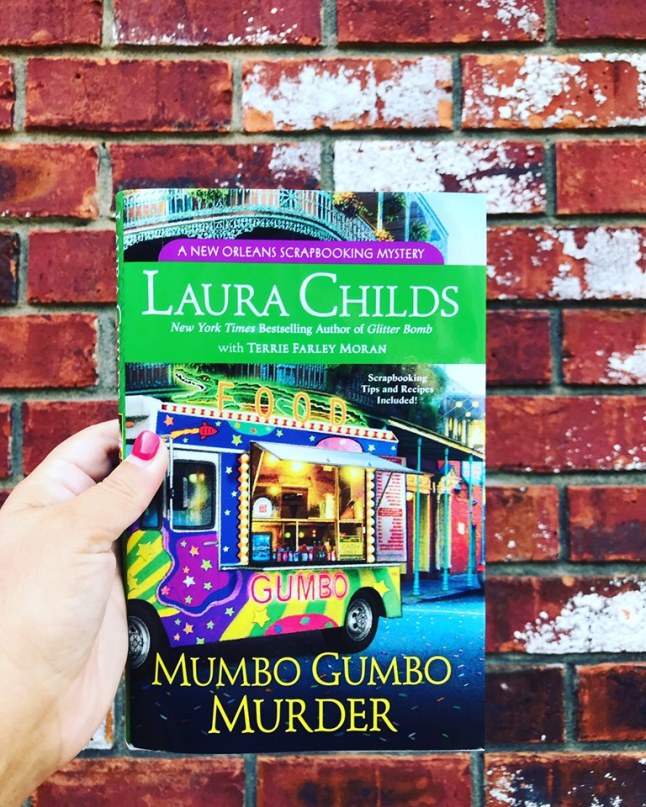 The mystery. I thought the mystery in the last book was a bit too light, but this one was good.

Carmela and Ava. I don’t want them to ever change. They are best friend goals.

Bottom line: Basically, you can jump into this series anywhere you want to. Laura Childs explains enough about backstory and characters you run across to keep you in the know- even if it’s your first book. Recommended reading for a fun read for Halloween! 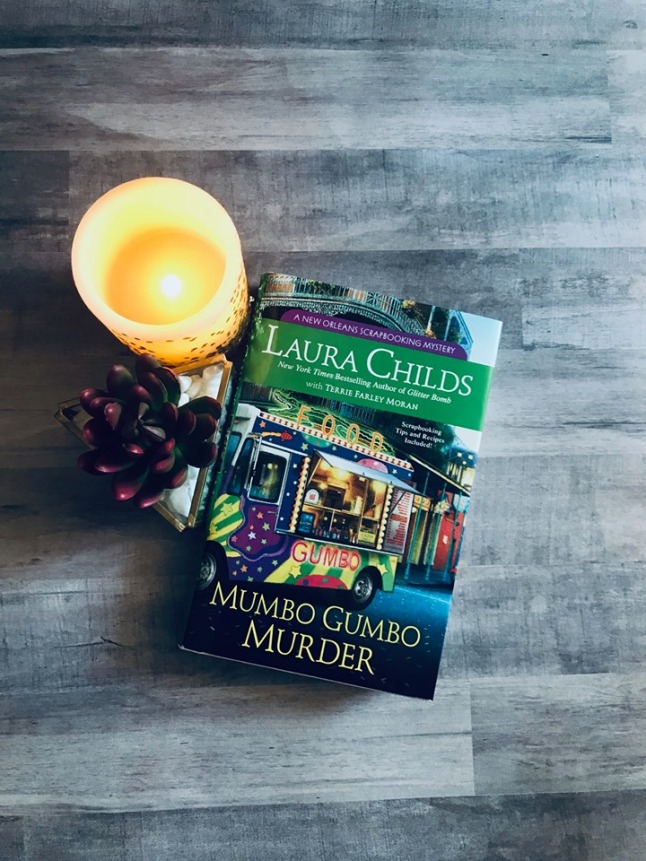 *Have you added Mumbo Gumbo Murder to your TBR list?*