Such A Perfect Wife

Summary:  Must be blonde, beautiful, and a good Catholic girl…

On a sunny morning in late September, Shannon Blaine, a blonde, green-eyed 34-year old wife and mother of two, sets off on a jog along the rural roads near her home in Lake George, New York.  It’s her usual a.m. routine, her “me time” after dropping the kids off at school…except on this day she never returns. The residents in the idyllic lakeside town—which is popular with summer tourists—are stunned. Would Shannon have just taken off, overwhelmed with the pressures of being the perfect wife and mother? Did a stranger snatch her? Or could her husband be responsible for her disappearance?

The hot new online magazine Crime Beat wants to cover the case and they hand the assignment to noted true crime writer Bailey Weggins. It doesn’t take long for Bailey to see that the story has fars more facets than she initially realized:  a bitter sister, an unfaithful brother-in-law, an evasive deacon, and a creepy motel owner who watched Shannon run every morning. When an anonymous caller reaches out to Bailey and gives her the cryptic clue that Shannon was a “good Catholic girl,” the tip eventually leads Bailey to the grisly discovery of Shannon’s body. And suddenly, based on what else Bailey finds, everything about the case shifts, suggesting that Shannon’s murder isn’t an isolated incident but rather the work of a serial killer with a very specific calling card. Bailey sets out to expose the killer before another woman has to die, including herself.

I have read Kate White’s books for years- and If Looks Could Kill gets a re-read pretty often as it is still one of my absolute fave Bailey books.

When I found out about Such a Perfect Wife, I could not wait to request a copy.

I really could not wait to read it, but I had to wait a few days because my youngest niece was in town and then I got a nasty cold… but when I settled in with Such a Perfect Wife it was worth the wait. 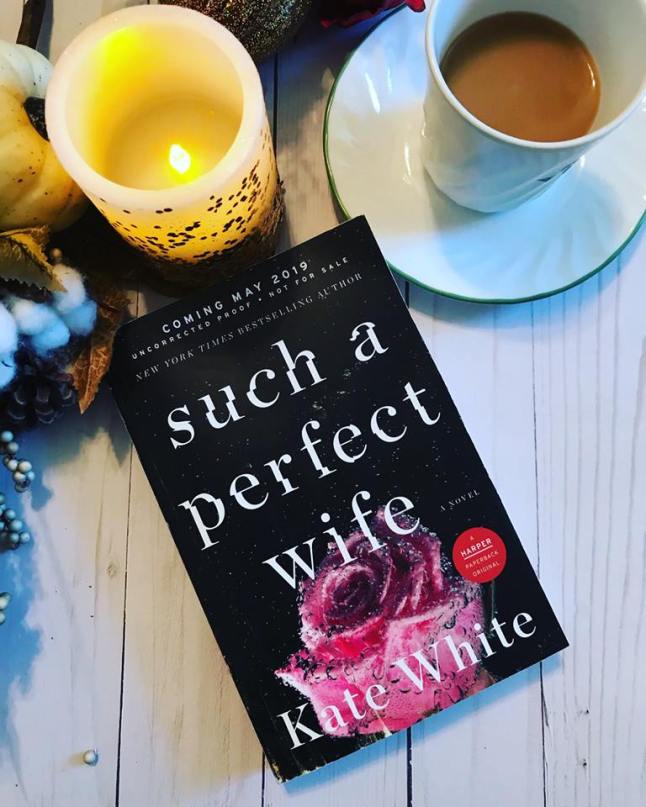 The plethora of suspects. Sometimes too many suspects gets on my nerves- but Kate White handles it like a boss and while she will throw out a red herring or 2- each of the suspects generally have good reasons to be on her radar.

Bailey’s evolvement over the series. Maybe because I re-read If Looks Could Kill fairly regularly, but I see a lot of growth in Bailey in the later books. She’s always been strong and independent, but these qualities get more pronounced as the series goes on.

Bottom line: Bailey Weggins is a character that you must be introduced to- and if you don’t give her a shot, you are totally missing out!!!

*Have you added Such A Perfect Wife to your TBR list?*

4 thoughts on “Such A Perfect Wife by Kate White”