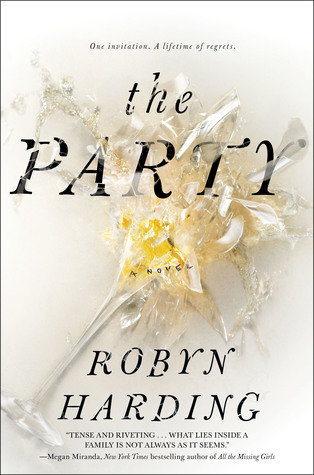 Traveling With T purchased this book for her own reading pleasure.

Summary: In this stunning and provocative domestic drama about a sweet sixteen birthday party that goes horribly awry, a wealthy family in San Francisco finds their picture-perfect life unraveling, their darkest secrets revealed, and their friends turned to enemies.

One invitation. A lifetime of regrets.

Sweet sixteen. It’s an exciting coming of age, a milestone, and a rite of passage. Jeff and Kim Sanders plan on throwing a party for their daughter, Hannah—a sweet girl with good grades and nice friends. Rather than an extravagant, indulgent affair, they invite four girls over for pizza, cake, movies, and a sleepover. What could possibly go wrong?

But things do go wrong, horrifically so. After a tragic accident occurs, Jeff and Kim’s flawless life in a wealthy San Francisco suburb suddenly begins to come apart. In the ugly aftermath, friends become enemies, dark secrets are revealed in the Sanders’ marriage, and the truth about their perfect daughter, Hannah, is exposed.

Harkening to Herman Koch’s The Dinner, Christos Tsiolkas’s The Slap, and Liane Moriarty’s Big Little Lies, The Party takes us behind the façade of the picture-perfect family, exposing the lies, betrayals, and moral lapses that neighbors don’t see—and the secrets that children and parents keep from themselves and each other.

The Party slipped under my radar until I started seeing some giveaways for this book. Reading the description, seeing the cover- I thought “THIS IS MY KINDA BOOK.” However, while it’s completely readable- I did not LOVE it like I thought I would.

While the party is what set this book in motion, much of the book is the aftermath of the party. I may get a bit rant-y and spoiler-y so…. fair warning….

I don’t have children. So, I can’t say what I would do in Kim’s situation, but I would NOT call, asking about a child’s health status and then say “Well the police say we are not liable in this matter”. Or go about town just repeating that over and over. Gah.

Teenage drinking and pill popping. I was a teenager once and while I can truthfully say that I really wasn’t a drinker or a pill popper- some teenagers are. I know many parents are divided on the whole “is it better for them to drink here than somewhere else where we cannot control the situation”-ish line of thought, but maybe  parents should consider   “if you are going to drink, we want you to do it here” policy.  The illicitness of sneaking drinks from unsuspecting parent’s liquor cabinets would be taken away…. Again, not a parent OR a lawyer- so just spit-balling ideas here!

Bottom line: This book’s premise had tons more potential to it. It was great that all the characters learned things about themselves from how they handled the aftermath of THE PARTY, but I felt there was some missed potential with the story as well.

*Traveling With T purchased The Party for her own reading pleasure.* 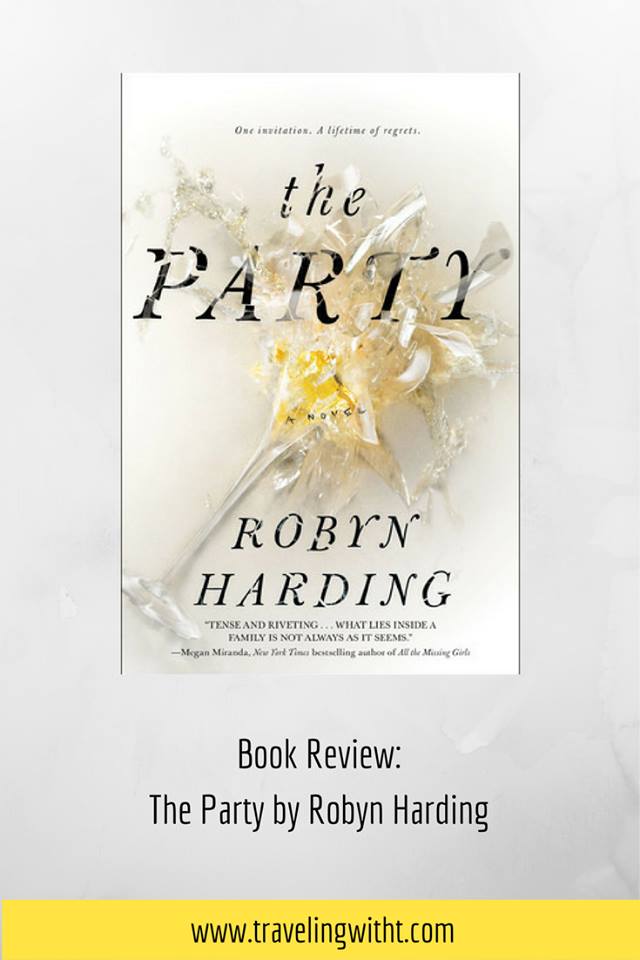 2 thoughts on “The Party by Robyn Harding”