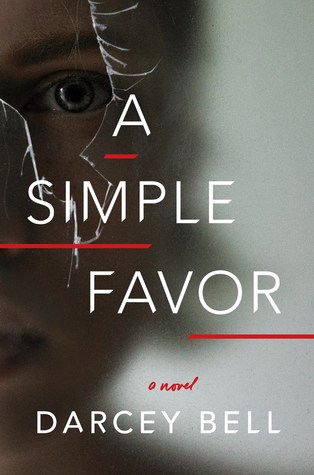 Summary: She’s your best friend.
She knows all your secrets.
That’s why she’s so dangerous.
A single mother’s life is turned upside down when her best friend vanishes in this chilling debut thriller in the vein of Gone Girl and The Girl on the Train

It starts with a simple favor—an ordinary kindness mothers do for one another. When her best friend, Emily, asks Stephanie to pick up her son Nicky after school, she happily says yes. Nicky and her son, Miles, are classmates and best friends, and the five-year-olds love being together—just like she and Emily. A widow and stay-at-home mommy blogger living in woodsy suburban Connecticut, Stephanie was lonely until she met Emily, a sophisticated PR executive whose job in Manhattan demands so much of her time.

But Emily doesn’t come back. She doesn’t answer calls or return texts. Stephanie knows something is terribly wrong—Emily would never leave Nicky, no matter what the police say. Terrified, she reaches out to her blog readers for help. She also reaches out to Emily’s husband, the handsome, reticent Sean, offering emotional support. It’s the least she can do for her best friend. Then, she and Sean receive shocking news. Emily is dead. The nightmare of her disappearance is over.

Or is it? Because soon, Stephanie will begin to see that nothing—not friendship, love, or even an ordinary favor—is as simple as it seems.

A Simple Favor is a remarkable tale of psychological suspense—a clever and twisting free-fall of a ride filled with betrayals and reversals, twists and turns, secrets and revelations, love and loyalty, murder and revenge. Darcey Bell masterfully ratchets up the tension in a taut, unsettling, and completely absorbing story that holds you in its grip until the final page.

This book just caught my eye as I was taking a stroll through Edelweiss site. I immediately requested it and then shortly after approved, I started reading it.

I wanted to LOVE this book. It had all the elements that I dig in a book- great cover, great sounding plot, characters that may or may not be off their rockers. And, for the most part, I liked this book. It had me flipping chapters, trying to guess what the secrets were, and then as pieces were revealed- I was still nervous because I knew there had to be more. So, good job on all that.

Emily is going to draw comparisons to other much loved/hated characters of the past- and while I really did like the character of Emily- sometimes I didn’t understand Emily. Emily was a character who looks one way, then is revealed to be something else- and still has a million other layers.

Stephanie… fool me once, shame on you.. fool me twice, shame on me. That should be engraved on something important in her house.

Bottom line; This book does have a lot going for it. I enjoyed it, and found myself mulling over plot points, character description, etc days after reading. If you like a psychological thriller with unlikeable characters- go for it!

**This book is a March 2017 #FuturisticFriday selection from Traveling With T.**

6 thoughts on “#FuturisticFriday review: A Simple Favor by Darcey Bell”