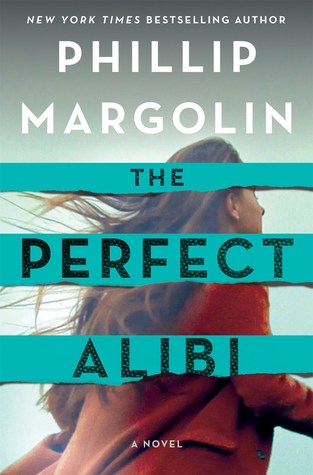 Summary: A young woman accuses a prominent local college athlete of rape. Convicted with the help of undisputable DNA evidence, the athlete swears his innocence and threatens both his lawyer and his accuser as he’s sent to prison. Not long after, there’s another rape and the DNA test shows that the same person committed both rapes—which is seemingly impossible since the man convicted of the first rape was in prison at the time of the second one. Now, the convicted athlete, joined by a new lawyer, is granted a new trial and bail. Shortly thereafter, his original lawyer disappears and his law partner is murdered.

Robin Lockwood is a young lawyer with a prestigious small law firm and a former MMA fighter who helped pay for Yale Law School with her bouts. She is representing the victim of the first rape for her civil lawsuit against her rapist, who is now convinced the rapist is stalking her and trying to intimidate her. At the same time, another client is up on a murder charge—one that should be dismissed as self-defense—but the D.A. trying the case is determined to bring it to trial. Now she has to mastermind two impossible cases, trying to find the hidden truth that links the two of them.

This is my first Phillip Margolin book, but it won’t be my last.

Robin Lockwood is a kick-ass character. Strong. Independent. Ready to take on the world. Not willing to take crap from anyone. We need more characters like her.

The cover. It kept catching my eye as it sat on the shelf waiting to be read.

Robin. She’s a meaty character with lots of layers and I look forward to reading more books featuring her.

The mystery. I like secrets. Twists. Red herrings. And when things connect in ways you don’t anticipate. This worked on many levels.

Bottom line: I found this one intriguing enough that I want to go back and read The Third Victim- which is book 1 in Robin Lockwood series. If you like books featuring strong and interesting women characters- then I suggest you try The Perfect Alibi!

*Have you added The Perfect Alibi to your TBR list?*