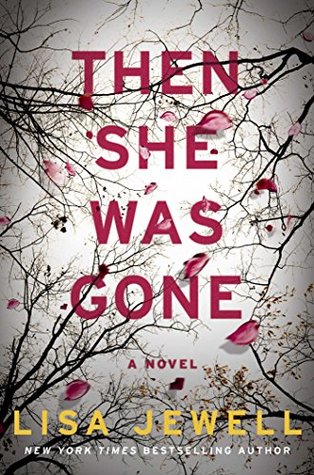 Then She Was Gone

Ellie Mack was the perfect daughter. She was fifteen, the youngest of three. She was beloved by her parents, friends, and teachers. She and her boyfriend made a teenaged golden couple. She was days away from an idyllic post-exams summer vacation, with her whole life ahead of her.

And then she was gone.

Now, her mother Laurel Mack is trying to put her life back together. It’s been ten years since her daughter disappeared, seven years since her marriage ended, and only months since the last clue in Ellie’s case was unearthed. So when she meets an unexpectedly charming man in a café, no one is more surprised than Laurel at how quickly their flirtation develops into something deeper. Before she knows it, she’s meeting Floyd’s daughters—and his youngest, Poppy, takes Laurel’s breath away.

Because looking at Poppy is like looking at Ellie. And now, the unanswered questions she’s tried so hard to put to rest begin to haunt Laurel anew. Where did Ellie go? Did she really run away from home, as the police have long suspected, or was there a more sinister reason for her disappearance? Who is Floyd, really? And why does his daughter remind Laurel so viscerally of her own missing girl?

I’ve read a couple of Lisa Jewell’s books over the years- The Third Wife and The Girls in the Garden. But Then She Was Gone is probably the creepiest. When one character was mentioned, I could just feel my skin crawling, my distrust was so high.

So while I really did like this book- this book was also at times like when you are watching a scary movie and you are yelling at the main character- “Don’t go in there! It’s a trap!” In my Goodreads review, I called some of the characters CRAZY TOWN.  I still stand by that statement 🙂 I think you will too once you’ve read it!

The cover. It caught my eye immediately.

The ending. I felt like Lisa wrapped up everything- not too neatly and perfectly- just right.

The mystery. Even though it made my skin crawl at times and want to walk through the house to check to make sure the doors were locked 500 times, I was gripped. And I had to know more.

Bottom line: This book is not scary in the sense that there is a monster or a serial killer waiting to get you- it’s scary feeling (to me anyway) comes from knowing that there are people this unhinged (but hiding it seemingly well)  just walking around, interacting with you on a daily basis.

**Then She Was Gone was an April #FuturisticFriday selection from Traveling With T.**

*Have you added Then She Was Gone to your Goodreads shelf?*