Yesterday, I went to one of the local indies near me to see the ever so charming Karen White read from her newest book, A Long Time Gone. Having had the pleasure of seeing Karen at Lemuria Books 2 years ago, I knew I was in for a treat- but when her cousins came in to TurnRow, all bubbling over with excitement at seeing Karen- that made me smile even more. Family is so important- and you could tell that Karen and her family dearly love one another! Tidbits I learned at the Karen White signing: 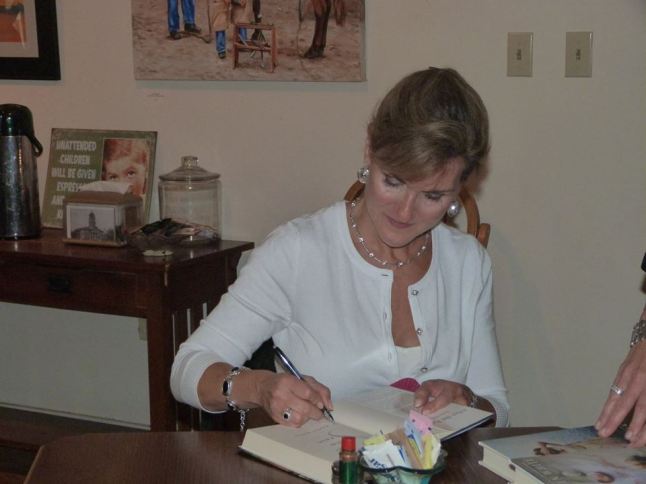 * A LONG TIME GONE is the first Karen White book set in the Delta (and from the response of the crowd- this book has been a long time coming- her fans have wanted a Delta setting for some time!)

* Some of Karen’s happiest memories- sitting at her grandmother’s laminate table, listening to her grandma and aunts talking.

* After Karen saw a story about a tree after Hurricane Sandy, a tree that had a skeleton in it’s roots- she knew that she had to incorporate that into a book!

* Indian Mound, the setting of A LONG TIME GONE, is loosely based on Indianola, MS.

* A LONG TIME GONE- first book she has written that had a brother/sister dynamic to it. Normally, Karen loves to explore the sister relationships since she longed for a sister.

*  A LONG TIME GONE was almost not named that. Editors did not love the title- but eventually agreed that this title worked. Interestingly, Karen White did not love the book cover at first- but after some time and some chats with her editors- the cover began to grow on her (and she also likes the fact that her name is quite prominent!)

* Fan of TRADD STREET- good news! It is one step closer to possibly being turned into a TV show. While official news is still weeks away (and is in no way a done deal), it did have some funs a-buzz at TurnRow last night! 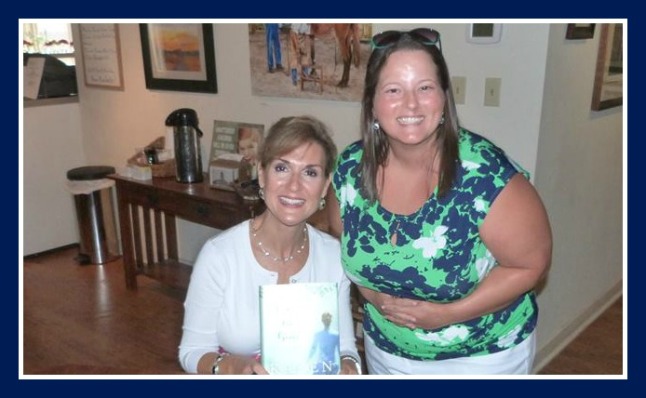 Karen White and T from Traveling With T

All in all, another fun event at TurnRow Books!