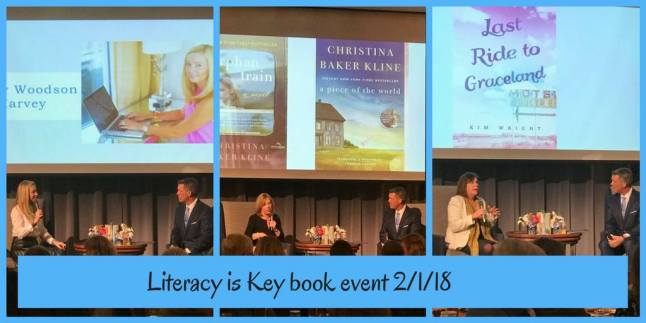 Just a little more than 2 hours north of where I live is a town called Memphis, TN. Known for BBQ, Beale Street, and Elvis (among other things), on February 1- Memphis was also home to Kristy Woodson Harvey, Christina Baker Kline and Kim Wright.

Literacy is Key was the event- hosted by Kappa Kappa Gamma and the talent in the room was shining brightly, entertaining us all with bits and pieces from their author life, books, how they write, careers before they became full time authors and more.

Reeca from ReecasPieces told me she was going to the event and asked me to come- so we made a plan to meet and ride into town together. We got to Memphis a bit early so Reeca took me on a tour of some old houses and some noteworthy sights in the area- then we headed back to the event to wait.

With neither of us having been there before, we were not sure how it would be all set up- but several tables were sponsored by local businesses & groups and a few tables were set aside for people buying individual tickets. We had those type of tickets so we scooted in to find the table and get some good seats.

We chatted with some book club folks- one book club was reading Jessica Strawser’s debut- Almost Missed You and I had to rave about that book some!

During the luncheon, the authors each went to the stage and talked a bit about their books.

Christina Baker Kline was the first author- talking some about a previously published book- Orphan Train (loved it!) and more about her more recent book- from the cover to how the book came to be. 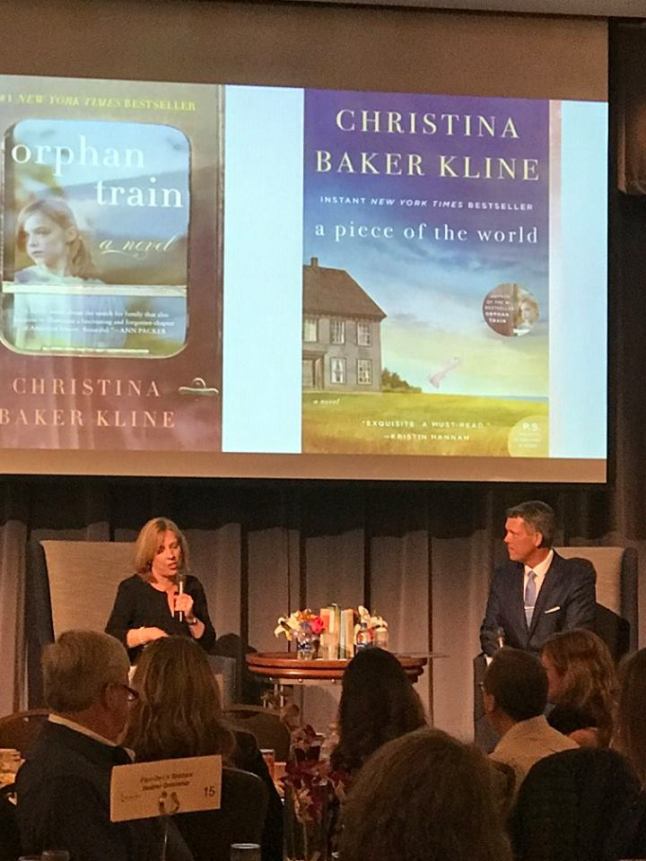 Next up was Kristy Woodson Harvey. She seriously was charming everyone in the room- we were all giggling at her stories- from the time she had to write a newspaper article about a giant squash that looked like Elvis to her challenge in choosing a college major and her dad’s reactions.

She also talked about Slightly South of Simple and gave The Secret To Southern Charm (coming April 3rd) some love!

Lastly was Kim Wright. Kim was the author I was least familiar with- having never had the chance to meet her and only reading one of her books, The Unexpected Waltz, on a whim.

Her latest book, Last Ride To Graceland, was a She Reads Summer selection and really has a cute cover. I missed out on requesting it during the time it was a She Reads selection, but grabbed me a copy and plan to read it one day. Soon-ish. 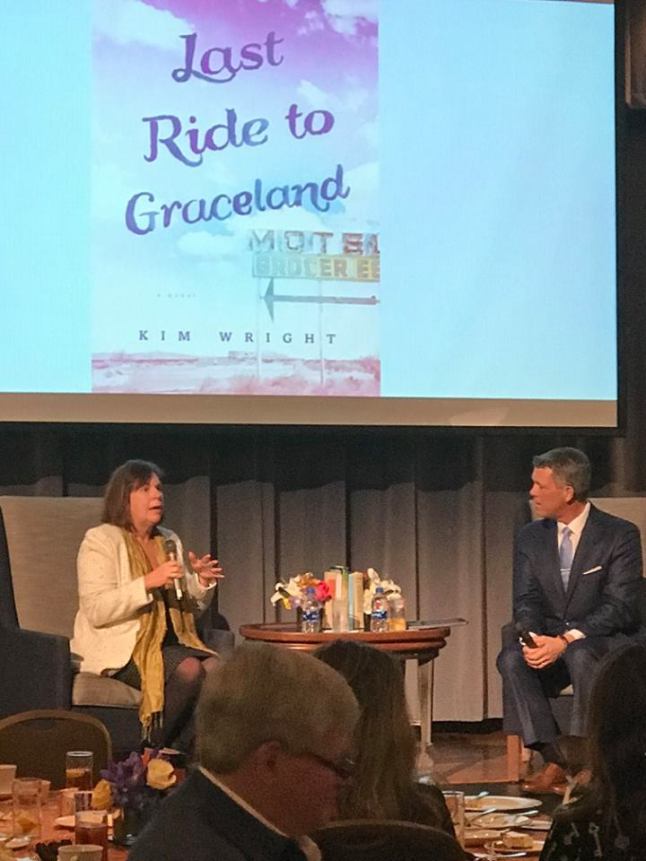 After the luncheon was over, the authors were in a different room to sign books- me and Reeca stopped in to say hello to Kristy and get books signed! And pictures!

All in all, it was a nice way to spend a Thursday and I look forward to seeing the authors for next year- we enjoyed the event so much that we’ve said we will def come back! 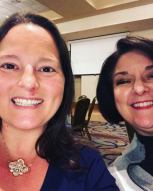 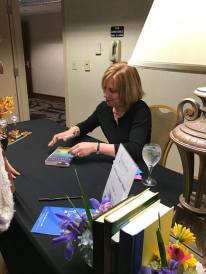 *What authors would you love to see at an Literacy is Key event in your area?*