Summary: Caroline Murphy swore she’d never set foot back in the small Southern town of Peachtree Bluff; she was a New York girl born and bred and the worst day of her life was when, in the wake of her father’s death, her mother selfishly forced her to move—during her senior year of high school, no less—back to that hick-infested rat trap where she’d spent her childhood summers. But now that her marriage to a New York high society heir has fallen apart in a very public, very embarrassing fashion, a pregnant Caroline decides to escape the gossipmongers with her nine-year-old daughter and head home to her mother, Ansley.

Ansley has always put her three daughters first, especially when she found out that her late husband, despite what he had always promised, left her with next to nothing. Now the proud owner of a charming waterfront design business and finally standing on her own two feet, Ansley welcomes Caroline and her brood back with open arms. But when her second daughter Sloane, whose military husband is overseas, and youngest daughter and successful actress Emerson join the fray, Ansley begins to feel like the piece of herself she had finally found might be slipping from her grasp. Even more discomfiting, when someone from her past reappears in Ansley’s life, the secret she’s harbored from her daughters their entire lives might finally be forced into the open.

Exploring the powerful bonds between sisters and mothers and daughters, this engaging novel is filled with Southern charm, emotional drama, and plenty of heart.

I adore Kristy Woodson Harvey. Her Southern books speak to my soul. I adored Dear Carolina and Lies and Other Acts of Love!

When I heard about Slightly South of Simple, I immediately marked it as “to request” and when I was approved for a copy- I shoved all my other books aside and started reading it!

Basically, I want to move to Peachtree Bluff and have Ansley decorate my house and drink wine with Caroline, Emerson and Sloane. I also would hate Caroline when she signed us up for exercise boot camp class, but my arms and thighs would thank her 😉

The cover. Gah, so gorgeous.

Caroline and Ansley. Both are strong women in their own ways!

The sisterly bonds. I don’t have a sister, but I do have a brother who now has 2 daughters and I’m loving books with sister relationships!

Caroline and Ansley both had strong voices in the books and they alternated chapters. I would have enjoyed actually hearing from Emerson and Sloane a bit, though (I think!)

Bottom line: This book is a little slice of Southern heaven. The secrets, sisterly bonds and setting made some cold rainy days feel like a day at the beach. Grab a glass of sweet tea and let Kristy Woodson Harvey talk Southern to you.

**Slightly South of Simple is an April #FuturisticFriday selection of Traveling With T.** 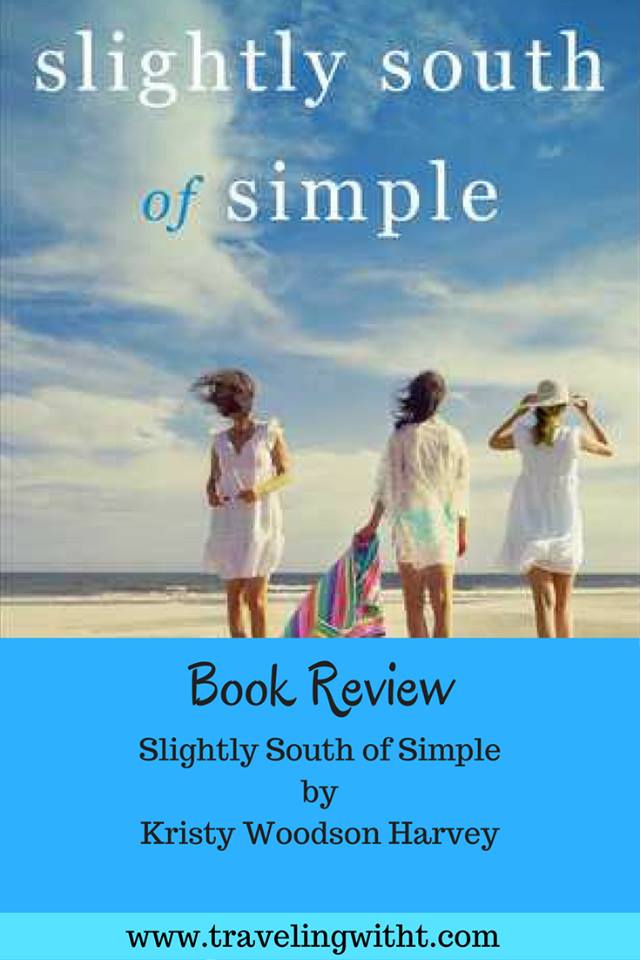