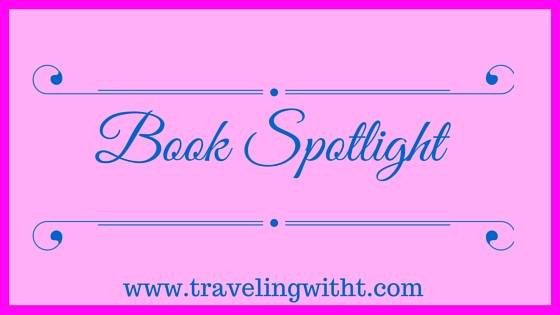 Today, 2 copies of Free Fall by Rick Mofina is up for grabs (US only). Check out the excerpt and read a bit about the book- then enter the giveaway!

You’re not going to die today.

Kayla repeated her prayer as the boarding call for her flight at Buffalo Niagara International Airport was announced. Her thoughts raced as she clutched her boarding pass and ID while inching through the line to Gate 20. After the gate agent had cleared her, Kayla felt Logan’s reassuring hand on her shoulder as they walked along the jetway to their plane.

She offered him a weak smile. Drawing on the advice she’d absorbed from her motivational books and recordings, she fought her fear of flying by repeating her mantra.

I can do this. I’ve faced worse.

The jet was a new-model regional aircraft with eighty-six passenger seats, and today’s flight was full. Their seats were in the fourteenth row on the left side. Logan took the aisle. Kayla took the window.

After they’d stowed their bags overhead Kayla buckled her belt and continued battling her anxiety by attacking her scariest thoughts.

This plane is not going to crash. I’m safe. My boyfriend’s with me.

Logan took her hand in his and tried to calm her.

The jet’s door was shut and locked. The attendants ensured the overhead bin doors were closed and seats and trays were up as the plane pushed back from the gate. The cabin lights flickered as the engines came on and the plane taxied out.

“Logan, the wings are bouncing.”

“It’s okay. They’re built to flex like that. It’s normal.”

As the attendants gave safety demonstrations about seat belts, flotation devices and emergency exits, for use “in the unlikely event…” Kayla heard the hydraulic moan of the flaps as they were adjusted by the pilot. The plane turned then stopped for several moments. As the engines whined louder another chime sounded.

The knot in Kayla’s stomach tightened as the plane began rolling down the runway, slowly at first, gaining speed then accelerating faster, the ground blurring beneath them. Kayla struggled to control her breathing as the jet’s nose rose before she heard a thud when the weight lifted from the landing gear and the plane left the ground.

The thrust was overwhelming as the force of the climb pushed her into her seat. Kayla heard the groan and bump of the landing gear’s retraction. She squeezed Logan’s hand, shutting her eyes for a moment. Somehow, she found the strength to peek down at the earth, the expressways, buildings and suburbs rapidly shrinking below.

As the plane leveled off, Kayla took a deep breath to calm herself, and the flight attendant made a series of announcements about keeping seat belts fastened, using electronic devices and the upcoming in-flight refreshment service.

Not long after they’d received their drinks there was another announcement.

“This is Captain Raymond Matson with First Officer Roger Anderson. On behalf of our entire crew, welcome aboard EastCloud Flight Forty-nine Ninety. Very shortly we’ll reach our cruising altitude of twenty-seven thousand feet. Everything’s looking good. We have no weather ahead of us and no traffic jams at LaGuardia, so we expect a very smooth flight arriving on time. We should have you in New York at the gate in about an hour and ten minutes.”

Kayla nodded and sipped her drink.

“Hey, smile,” he said, pointing his phone at her. “I’m making a documentary of your first flight.”

Then she turned to her window to take in the view below.

“It’s so pretty down there. Where are we?”

“I think we’re over the Catskill Mountains,” Logan said.

Kayla held up her phone to the window but it flew from her hand and her seat belt cut deep into her as the plane suddenly rolled hard, the right wing tipping toward the ground as if the jet was flipping over.

Bodies bumped over seats as people not belted were tossed to the right wall, along with laptops, backpacks and purses amid shrieks and loud bangs as items thudded and hammered in the overhead bins. The service trolley crashed into passengers in the right rows, spilling hot coffee and raining down cans of soda and juice.

The jet froze with its wings in a twelve-and-six-o’clock position.

Kayla clawed at Logan, locking her arms around him as people screamed, cursed and prayed.

Then the plane lurched hard to the left with the left wing pointing directly to the earth. Again, bodies flew through the cabin, slamming against other passengers, the wall and the overhead luggage bins. The bin doors opened and luggage tumbled like boulders along the left row. Logan reached out to grab an older woman who’d fallen into them but she slipped from his grip as the jet suddenly rolled right until it was almost level.

Now it began dropping, banking downward, as if it would spiral out of control. Passengers yelled and screamed, some calling out to God before the crew regained control and finally leveled the plane.

“Please, please, let this be over,” Kayla whispered through her tears.

In the aftermath, the attendants, despite being hurt and bleeding, took charge. Even as the sounds of crying and moaning passengers filled the plane, people began helping each other. Kayla thrust her face into Logan’s chest, slid her arms around him and sobbed, feeling his heart beating rapidly against her face.

Logan held her tight as the jet resumed a smooth flight.

Kayla prayed for the plane to land.

Her cheek twitched as something wet and warm splashed on her skin; one drop then another. As she pulled back, she saw blood dripping down on them from the little boy who’d been contorted into the open luggage bin above them.

*Interested in more about this book? Check out it’s Goodreads summary and add it to your TBR shelf!*

2 copies (US only) are being giving away thanks to Mira! Check the Rafflecopter for more details!