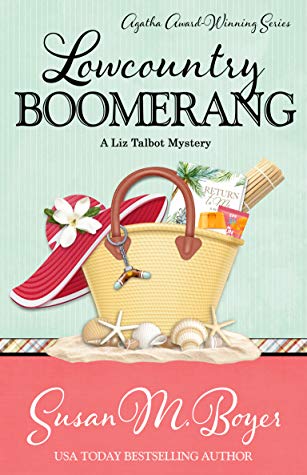 Summary: Private investigators Liz Talbot and Nate Andrews are all set to enjoy some quality time on the beach. That’s until they get the news about Darius. Darius DeAndre Baker, star of the hit TV show, Main Street USA, has had enough of the Hollywood highlife. After ten years of visiting everyone else’s hometown, he returns to his own—Stella Maris, South Carolina.

But the moving trucks have barely unloaded when Trina Lynn Causby, Darius’s high school girlfriend, turns up dead, and the entire town reels as Darius is arrested.

Despite the mounting evidence against him, Liz and Nate believe Darius is innocent. They dig through a scandalously long list of suspects, including Darius’s three ex-wives—who have all arrived in Stella Maris—and his love child with Trina Lynn.

But Trina Lynn led a complicated life. She had at least one stalker and two suitors—one with a jealous wife who recently made a deliciously outrageous scene when Trina Lynn turned up at a charity ball.

As the danger mounts, Liz and Nate race to find a killer and clear Darius’s name—and keep him alive.

I’ve read many books over the years- and there are certain characters I just really enjoy. Sue Grafton’s Kinsey Millhone sets the standard for me in female PI books ( she did all her sleuthing without the help of the internet!) but Liz Talbot is a fave current PI of mine. She does it all in style- from the fashionable handbag to the cute clothes and sassy lines- Liz is not an easy to forget character. 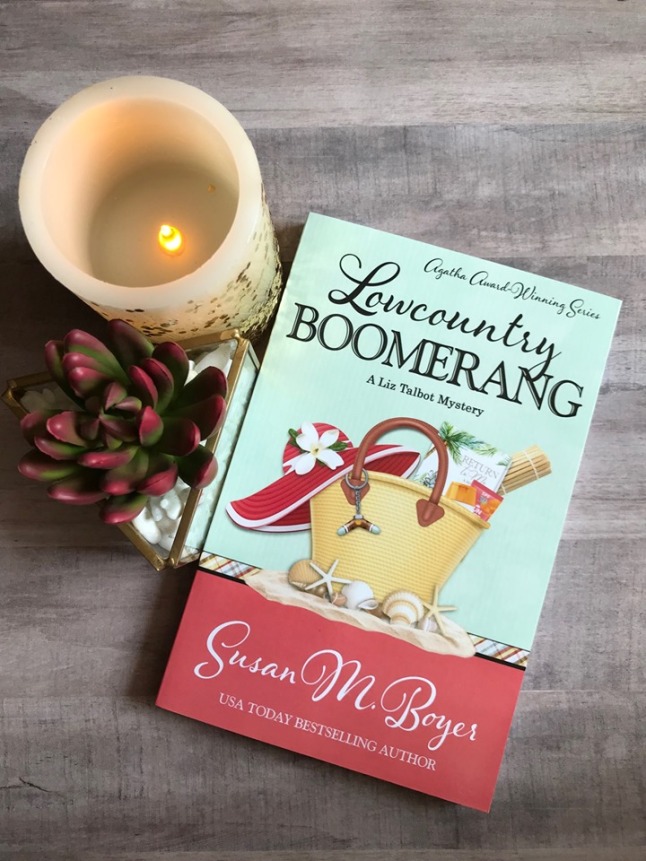 The cover…. Like you even had to ask, right?

Liz and Nate, I love that they are partners in every sense of the word. They have each other’s back, they have chemistry out the wazoo, and they are the perfect combo of sneaky and nice!

The future of Stella Maris. There was a couple of scenes that might be a bit of a slow reveal as to where Stella Maris and Liz and Nate are headed in future books. I can’t wait to see if I’m right.

Bottom line: Liz Talbot is a character you should be reading about- and you def should plan to take a literary trip to Stella Maris.

*Have you added Lowcountry Boomerang to your TBR list?*