Summary: After four months of unemployment, former book editor Clara Montgomery is still stuck sleeping on her little brother’s ugly couch in Queens. Determined to keep her minuscule savings account intact, she takes a job clearing out abandoned storage units, but is in no way prepared for stumbling upon dead snakes or trying to identify exactly where the perpetual stench of beets is emanating from.

When Clara comes across a unit that was once owned by an escort service, she finds the brothel “résumé” of a younger Caspian Tiddleswich… an astonishingly famous British actor. Her best friend thinks she should sell the gossip to a tabloid to fund her way off the couch from hell, but Clara instead manages to track down Caspian’s contact info, intending to reassure him that her lips are sealed.

Unfortunately, Caspian misinterprets Clara’s attempt at altruism and shows up on her doorstep, accusing her of blackmail. When the paparazzi capture a photo of them together, Caspian’s PR team sees an opportunity to promote his latest film—and if Clara wants to atone for her “crimes,” she’ll have to play along. Pretending to be Caspian’s girlfriend seems like it will be a tolerable, if somewhat daunting, penance… until their fake romance becomes something more than either of them expected.

Blame it on Really Into This– Sarah has been posting and reviewing some great books with fun covers lately- kinda of a mix of a chick-lit meets a romance-y book. And so when this book was pitched to me, I decided to give it a try because: 1. Sarah has been enticing my reading mind with covers like this. 2. It’s summer and sometimes you just need some (literary) eye-candy. 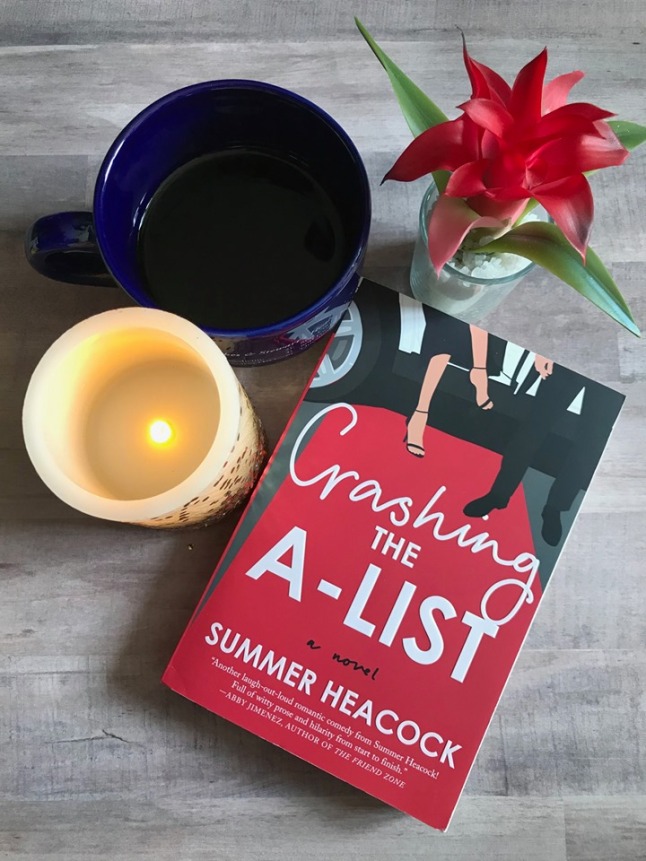 The cover. SO eye-catching. Plus, I don’t have nearly enough red covers in my life.

Clara and Cici- their “ride or die” friendship was entertaining. Plus, their dialogue- so funny at times.

The ending. Was fairly sweet and gave me a smile.

Ok, so we all know that Clara and Caspian are going to end up together. If you don’t know this, well, I just can’t talk to you. We know there will be conflict, moments of like/lust, a big kerfluffle that will de-rail the HEA momentum and then kiss and make up and HEA!

So, I can deal with that. In fact I like that. I don’t pick books with HEA type endings for their realistic feel.

But, Clara and Caspian… it was so much rinse and repeat dialogue, scenarios. It was like I was basically reading the same pages over and over again. They did have some good moments some times- but this was a couple that was on the way to HEA who def had some missed “awwwwwwwwwww, romance” moments.

Bottom line: For me, I don’t regret reading it and it was entertaining pool time reading- but I wanted to really enjoy Clara and Caspian more than I did.

*Have you added Crashing The A-List to your TBR list?*

4 thoughts on “Crashing the A-List by Summer Heacock”