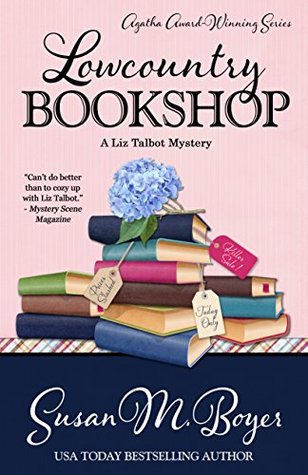 Between an epic downpour and a King Tide, those historic streets are flooded—and dangerous. A late night tragic accident along the Lower Battery leads Liz Talbot straight to her next case.

Who’s the client? Well, now, therein lies the first puzzle. When the police arrive at the scene of the accident, Poppy Oliver claims she’s only trying to help.

But the dent on the front of her Subaru and the victim’s injuries provoke a certain Charleston police detective’s suspicious nature. A wealthy, anonymous benefactor hires Liz and her partner Nate Andrews to prove Poppy Oliver’s innocence.

What exactly was Poppy Oliver up to? Is she a random good Samaritan who happens upon the accident scene? Or perhaps this tragedy wasn’t an accident. She just might be his abused wife’s accomplice.

Why does everyone involved in this case have a sudden burning urge for reading material, leading them to the same charming bookshop along the waterfront?

From a risqué, exclusive club in an old plantation to an upscale resale shop in the historic King Street shopping district to a downtown graveyard crawling with ghosts, Liz tracks a group of women who band together to help victims of domestic violence.

In her most challenging case yet, Liz fears she may find a killer, but justice may prove elusive.

Having really enjoy Susan M. Boyer’s previous books in her Liz Talbot series- when I found out about this one- I knew I had to have it!

Liz Talbot is a Southern gal who is not afraid to carry a gun (naturally in her Kate Spade bag!) and takes no bull from anyone. I kinda want to BFF with Liz 🙂

The mystery.  There is a lot going on and many threads to follow!

Liz’s family. Those people are a hoot and a half.

*This book was sent to Traveling With T for review consideration. All thoughts and opinions are mine alone. 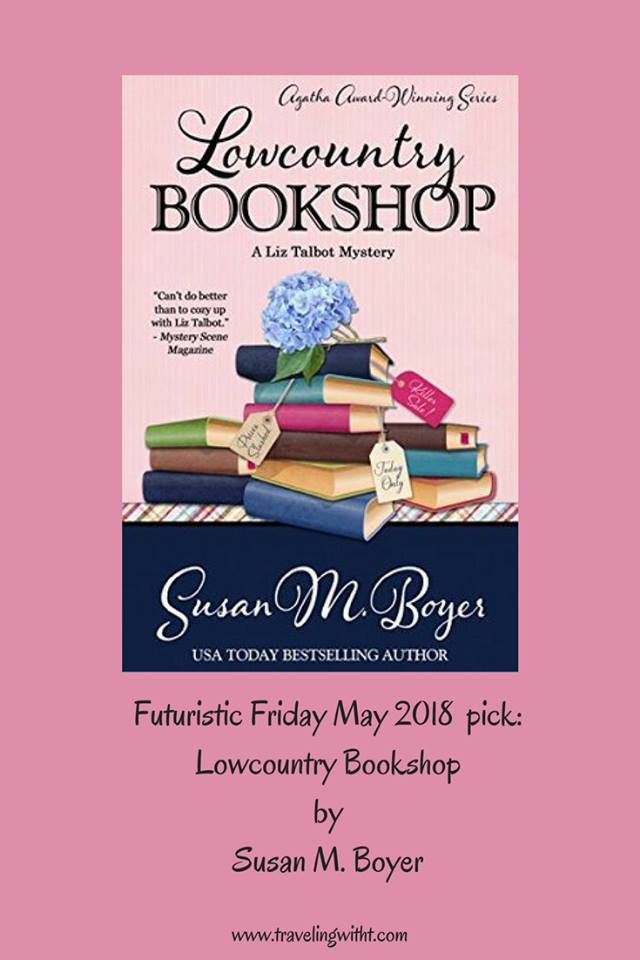 *Have you added Lowcountry Bookshop to your TBR list?*