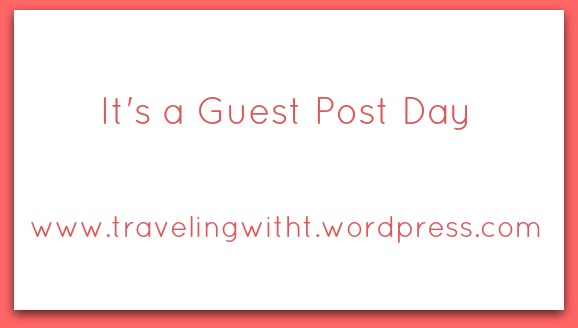 Hello folks- today I have a guest post by Lea Rachel with an interesting thought process- what if you had to pretend to be a man for success? Lea discusses how many female writers (then and now) publish under male names. In THE OTHER SHAKESPEARE, Lea takes a fictional sister to William- and spins a tale that makes readers wonder “what if?” Read on for Lea’s thoughtful guest post!

For years female authors have published under male pseudonyms, hoping to find greater acceptance and success by doing so.  Some of these male-attributed, female-written novels are now quite famous, including Little Women (first published under the pseudonym A.M. Barnard), Jane Eyre (published under the pen name Currer Bell), the Claudine series (originally published under author Colette’s husband’s name, Willy), and anything by George Eliot (whose true name was Mary Ann Evans).

More recently, To Kill a Mockingbird was published under the name Harper Lee (instead of Nelle Harper Lee) in order to sound androgynous, the famous In Death science fiction series by Nora Roberts was originally published under the male pseudonym J.D. Robb, and even the Harry Potter series was marketed under the pseudonym J.K. Rowling (there is no “K” whatsoever in the author Joanne Rowling’s given name), for fear that the target audience of young boys wouldn’t read anything written by a woman.

How long have female authors published under male pen names, in the hopes that doing so would get them to be taken seriously?  Could it go back as far as the 16th century, in the time of, say, William Shakespeare, when some of the greatest English literature of all time was written?  This is one of the subtle questions posed in the new novel:  The Other Shakespeare.  Who really wrote Shakespeare’s plays, and could it have been his talented older sister, Judith?

Definitive authorship of William Shakespeare’s plays has always been under contention.  Over the years numerous people have been proposed as the true author of the Shakespeare canon, including Sir Francis Bacon, Edward de Vere, Christopher Marlowe, William Stanley, and nearly 100 other candidates.  None of them, however, have been female.  Which on some level only makes sense.  Women in 16th century England faced limited educational opportunities, books and paper were expensive and often out of the reach, and most women had restricted independence outside of what their fathers or husbands allowed.  As Virginia Woolf suggested in her novella, A Room of One’s Own, an author needs a little independence (financial and otherwise), as well as a quiet room of one’s own to write a book.  How many 16th century women had that?

In truth, very few, but as Virginia Woolf also imagined in A Room of One’s Own, what if a sister of William Shakespeare’s had been born with as much talent and drive as he had been?  What if she had tried to achieve a measure of education and independence so that she too could follow her dream and become a playwright?  Would it have been possible, or would the obstacles have been insurmountable?  If William Shakespeare was the pen name of a daughter of the Shakespeare clan, would we even know the truth today?

Lea Rachel possesses a strong literary background firmly planted in her roots, education, and experiences. Originally from Detroit, Michigan, she hails from a bloodline of writers, including her grandmother Beki Bahar, an internationally published Turkish author and poet, and her uncle Anthony Kosnik, coauthor of a well-respected liturgical book that circulated circa the 1970s.

Rachel makes her home in St. Louis, Missouri, with her husband and son. The Other Shakespeare is her first novel, released subsequent to her debut work, a personal memoir entitled I Promise.