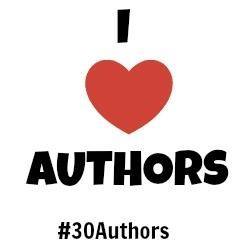 30 Authors in 30 Days is a first of its kind event aimed at connecting readers, bloggers, and authors. Hosted by The Book Wheel, this month-long event takes place during September and features 30 authors discussing their favorite recent reads on 30 different blogs. There are also some great prizes provided by GoneReading.com and BookJigs. For the full schedule of participating authors and bloggers, visit The Book Wheel or join the Facebook group. You can also follow along on Twitter with the #30Authors hashtag!

I am super-duper excited to be featuring the adorable, the charming, the fabulous woman- the woman that made us all think “What if?” about the real-life disappearance of Judge Crater and one of the powerhouses behind She Reads- ARIEL LAWHON!

Ariel is here to rave and rave and rave about a book that she has recently LOVED- and picked as one of the She Reads Books of Fall– THE DISTANCE by Helen Giltrow! 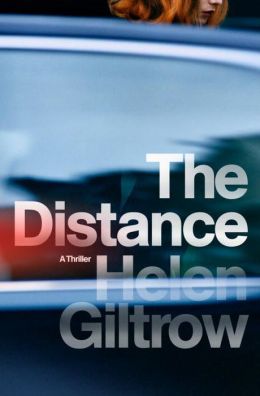 30 Authors in 30 Days: THE DISTANCE by Helen Giltrow

I can usually tell everything I need to know about a novel by its first lines. Occasionally it takes a paragraph or a full page to find the tone but I typically know within a sentence or two. And I often discern, by these lines, whether I will love a book or not. It’s not fair if you really think about it. And it’s not foolproof, but still, I find it helpful.

So when I read those first lines in Helen Giltrow’s debut thriller, THE DISTANCE, I was hooked. I don’t typically seek out thrillers but there was something about this one that fascinated me. Perhaps because the protagonist is a woman? Perhaps because she is a handler: of intelligence, of hit men, of secrets. Perhaps because she’s fearless? Or maybe I was simply elated to find a thriller that didn’t broker in the testosterone-driven tropes common to this genre. Regardless, THE DISTANCE was brilliant and I devoured it in two days.

Charlotte Alton is a London society woman trying to make a new life for herself. She has built a fortune as “Karla,” a shadowy figure who trades in information and makes people disappear: sometimes to protect them and sometimes for less altruistic reasons. But it’s a lonely life and she wants to move on. And for the last year she has succeeded in doing so, slowly putting distance between herself and this life of secrets and shadows. But it only takes a brief interaction with one of her former clients, an assassin named Simon Johanson, to pull her back into that dangerous world. Johanson needs “Karla’s” help to get inside an experimental prison colony and take out an inmate who doesn’t technically exist. But there’s a bigger problem: Johanson is the one person who can identify “Karla,” and she, for reasons she does not truly understand, is drawn to him. Without her help Johanson’s hit will be a suicide mission. And she is not willing to let that happen. So Charlotte Alton resumes the identity of “Karla” and together she and Johanson must discover why someone wants this inmate—a woman—dead, and whether the entire job is actually a trap meant to destroy everything that “Karla” has built.

As a reader I appreciated the tightly woven, intelligent, can’t-put-down pace of this novel. Clean, sharp prose. And I didn’t just like the protagonist, I respected her. But as a writer I appreciated that every character, every scene, every seemingly random detail matters. Nothing goes to waste. And the ending? I never saw it coming.

Helen Giltrow has the rare ability to take a larger-than-life premise and load it with emotional impact. This novel is big, but it’s also deeply personal. I loved it.

Ariel Lawhon is co-founder of the national online book club She Reads, author of THE WIFE, THE MAID, AND THE MISTRESS and the upcoming HINDENBURG. She lives in the rolling hills outside Nashville, TN with her husband and four young sons.

Connect with Ariel via Facebook, Twitter, or Goodreads. Visit Ariel’s website. Or buy her delightful book- THE WIFE, THE MAID AND THE MISTRESS at Amazon or Barnes & Noble.

And if you are just too curious about THE DISTANCE (which I truly hope you are!)- here are the details:

Buy THE DISTANCE: Amazon and Barnes & Noble. Or connect with Helen Giltrow at Goodreads or Twitter.

Need more 30 Authors in your life? Check out the giveaway, Facebook page, Pinterest page, the full schedule or grab a #30Authors Button and show your support for this great event!

21 thoughts on “30 Authors in 30 Days: Author Ariel Lawhon on “THE DISTANCE” by Helen Giltrow”