Today, Traveling With T is one of the stops on the Sister Dear blog tour with an exciting excerpt that will make you want to get this book immediately. 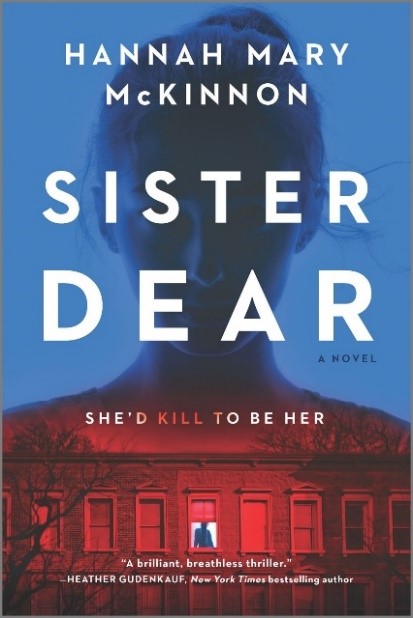 She’s got it all.

And it all should’ve been mine.

When Eleanor Hardwicke’s beloved father dies, her world is further shattered by a gut-wrenching secret: the man she’s grieving isn’t really her dad. Eleanor was the product of an affair and her biological father is still out there, living blissfully with the family he chose. With her personal life spiraling, a desperate Eleanor seeks him out, leading her to uncover another branch on her family tree—an infuriatingly enviable half sister.

Perfectly perfect Victoria has everything Eleanor could ever dream of. Loving childhood, luxury home, devoted husband. All of it stolen from Eleanor, who plans to take it back. After all, good sisters are supposed to share. And quiet little Eleanor has been waiting far too long for her turn to play.

The police didn’t believe me.

A jury wouldn’t have, either, if I’d gone on trial, and most definitely not the judge. My attorney had more than a few reservations about my story. Ms. Allerton hadn’t said as much. She didn’t need to. I saw it in her eyes, could tell by the way she shuffled and reshuffled her papers, as if doing so might shake my lies clean off the pages, leaving only the truth behind in her inky, royal blue swirls.

After our first meeting I’d concluded she must’ve known early on—before she shook my hand with her icy fingers—that I was a liar. Before she’d walked into the room in shiny, four-inch heels, she’d no doubt decided she’d heard my excuses, or a variation thereof, from countless clients already. I was yet another person claiming to be innocent. Another criminal who’d remained adamant they’d done nothing wrong, it wasn’t their fault, honest, despite the overwhelming amount of evidence to the contrary, a wall of impending doom surrounding me.

And still, at the time I’d believed the only reason Ms. Allerton had taken on my case pro-bono was because of the amount of publicity it gave her firm. Reducing my sentence—for there would be one—would amplify her legacy as a hot-shot lawyer. I’d accepted her help. There was no other option. I needed her knowledge, her expertise, saw her as my final hope. I now know her motivations were something else I’d miscalculated. All hope extinguished. Game over.

If I’m being fair, the judgements Ms. Allerton and other people had made about me weren’t completely wrong. I had told lies, some, anyway. While that stripped away part of my claim to innocence, it didn’t mean I was entirely guilty. Not of the things everybody said I’d done. Things I’d had no choice but to confess to, despite that being my biggest lie of all.

But I’ll tell you the truth. The whole truth and nothing but. I’ll start at the beginning, and share everything that happened. Every last detail leading up to one fateful night. The night someone died because of me. The night I lost you, too.

I won’t expect your forgiveness. Our relationship—or lack thereof—will have gone way beyond that point. No. All I can hope for, is that my side of the story will one day help you understand why I did the things I did.

And why I have to do the things I’ve not yet done.

*Have you added Sister Dear to your TBR list?*