Ya’ll are in for a treat today- my good friend, Erin from Deep South Magazine, has created a list of mysteries to read and boy- there are some good ones on here. Get ready to make up those TBR lists and get your mystery on!

8 Mysteries to Read in the Daylight

From creepy folktales and legends to unexplained disappearances, a serial killer couple and a mother’s worst nightmare, these new books beg to be read in the light of day. This list includes several chilling debuts from authors we’ll be watching for sure, and we’ve added “where to read” notes so that you’ll know if these titles are best enjoyed poolside, in a beach chair or indoors with the shades drawn.

The Lost Man by Jane Harper

Jane Harper has become my new favorite mystery writer—and for good reason. Trained as a journalist, she began writing fiction in 2014 and her first novel, The Dry, was published the following year. She has stuck with the unforgiving Australian outback as her setting since, and The Lost Man takes place in the vastness of Queensland. Two brothers meet at the border of their cattle properties to look for their middle brother, Cameron. Something had been troubling him, but no one in the Bright family knows what it was, or so they say. Harper uses the legend of a stockman’s grave and isolation of the Australian bush to quietly unravel the mystery of Cameron’s disappearance.

Where to Read: Next to an air conditioner. Harper is a master at setting, and the dry heat of her outback will have you chugging water and gasping for air. Coincidentally, this book could have also been called The Dry.

Her One Mistake by Heidi Perks

You’ll never volunteer to watch someone else’s child again after reading this debut. Charlotte takes her best friend Harriet’s daughter, Alice, to the school fair. She looks away for only a minute when her three kids are accounted for and Alice is nowhere to be found. Charlotte must find the courage to tell her friend that her beloved only child is missing, and Harriet, understandably, can’t bring herself to speak to Charlotte again. As the police bear down on both women, dark secrets begin to surface and Harriet discovers that confiding in Charlotte may be the only thing that will reunite her with her daughter.

Where to Read: By the sea or ocean, which factors into the plot toward the end. You’ll want to be nice and comfortable, because once you discover this novel’s surprising twist you won’t be able to stop reading.

Two of the books on this list have myths or legends to anchor the story, and this device deliciously ups the creep factor on both. In her first standalone novel, Elly Griffiths gives readers a mystery within a ghost story as her main character, high school English teacher Clare Cassidy, specializes in fictional Gothic writer R. M. Holland. Clare teaches a course on him every year, but when one of her colleagues is found dead—with a line from Holland’s most famous story, “The Stranger,” left by her body—Clare is horrified. To make matters worse, the police suspect the killer is someone Clare knows. She turns to her closest confidant, her diary, but then someone—the killer?—starts communicating with her there. Clare becomes more certain than ever that her favorite ghost story has come to life.

Where to Read: By a window in the daylight. This thriller reads like a mix of Edgar Allen Poe and Ruth Ware with lots of creepy locations, a séance and several dead bodies thrown in for good measure.

My Lovely Wife by Samantha Downing

The talk of the literary world as of late, Samantha Downing’s debut is about a couple who dabbles in murder on the side. Millicent and her husband, who narrates the book, have become bored after having two kids and moving to the suburbs. They look like a normal couple to the neighbors, parents of their kids’ friends and their clients, but the secret to keep their marriage alive is a bit different from most couples. As their body count increases, they learn that their hobby has several unanticipated consequences.

Where to Read: At the country club pool. Despite the dark subject matter, this is a lighter read than some of the others and you just know there’s a big twist coming. You’ll want to have ordered a cocktail from the poolboy when it does. 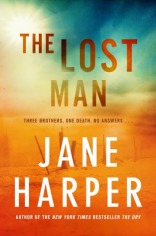 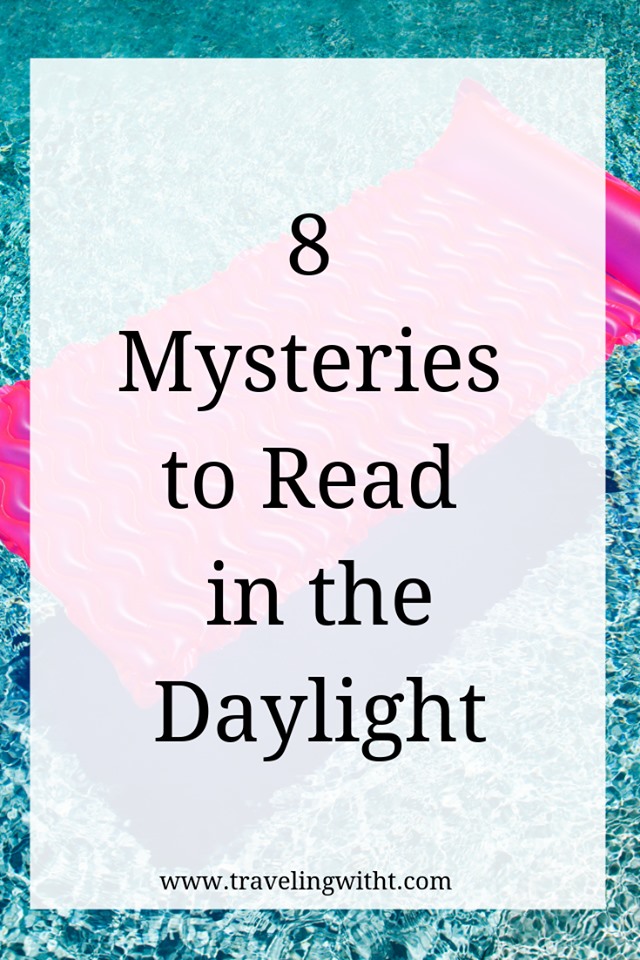 The Mother in Law by Sally Hepworth

A mother-in-law who is murdered? Hmm. Sounds like every daughter-in-law’s secret fantasy. Sally Hepworth says this book was actually inspired by her father-in-law, but nonetheless, it’s MIL Diana who commits suicide—or does she? A note found near her body says she no longer wanted to live because she has cancer, but an autopsy proves that to be untrue. There is evidence of poison and suffocation though. Her daughter-in-law Lucy isn’t exactly sad she’s dead, but she does want to know why Diana disinherited both of her children and their spouses at the last minute. Hepworth proves that fractured relationships and family secrets make for great fiction and will have readers everywhere wondering if they could get away with offing their MIL.

Where to Read: Behind closed doors. Keep those deadly thoughts—and family secrets—to yourself.

A folktale with a bit of a Brothers Grimm and The Changeling mixed in serves as the basis for Melanie Golding’s debut thriller. Lauren Tranter is a new mom struggling with the transition into motherhood. After a traumatic experience in the hospital, she rarely leaves the house. Lauren knows someone is watching her and wants her babies. No one believes her—not her husband or the police. One summer morning, her twins disappear from her side in a park. When they’re found, something is different about them and Lauren can tell that these are not her babies. Determined to get her real sons back, Lauren must have faith in a fairy tale and take the ultimate risk.

Where to Read: By a crowded beach or pool area. You don’t want to be alone while reading this spooky novel. It’s also been optioned for film, so the originality of Little Darlings is coming to a screen in the near future.

The Winter Sister by Megan Collins

In this suspenseful debut, a young woman haunted by her past returns home to care for her ailing mother and dive deeper into her sister’s unsolved murder. Sylvie’s sister Persephone never came home one night after being out late with the boyfriend she was forbidden to see. Persephone was missing for three days before her body was found. When Sylvie returns home, she must confront her sister’s boyfriend, Ben, now a nurse at the cancer center where her mother is undergoing treatment. She has always believed Ben was responsible for her sister’s murder, but Sylvie carries around her own guilt from that night. Collins masters the mother-daughter relationship, as Sylvie begins to uncover the secrets that fill their house.

Where to Read: In the sunshine, because the chills from this book will keep you cool. Also, Traveling With T says she sometimes wanted to strangle the mother character, so you may want to be out in the open where you can scream if you need to.

Told in alternating points of view, this “emotionally-charged mystery,” according to Mary Kubica, is about a mother unraveling the truth behind how her daughter became brain dead and pregnant. In the wee hours of the morning, Abi Knight is awakened by a call telling her her teenaged daughter Olivia has fallen off a bridge. Not only is Olivia brain dead, but Abi is shocked to learn that her daughter is pregnant and must be kept on life support to keep her baby alive. The police rule Olivia’s fall an accident, but Abi notices the bruises on her wrists. Was Olivia’s fall really an accident—or something more sinister?

Where to Read: In bed with the light on when you’re sure your own daughter is safe and sound in her room. 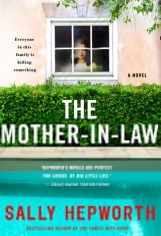 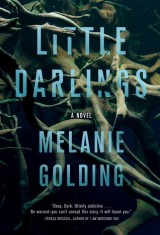 Ya’ll…. isn’t Erin’s list SO good? Which one(s) are you going to read first? Use the #8MysteriesToReadInTheDaylight and tag me ( @rockstar1023 on Twitter and Instagram) if you are reading any of these books. I’ll be re-tweeting and sharing in my IG stories 🙂