Traveling With T purchased this for her own personal reading.

Every Dog Has His Day

Summary: A stray kitten and a rambunctious poodle bring together a small-town bachelor and a single mother in the latest romance set in Bluff Point, Maine.

Bluff Point brewery owner Zachary Caine wants nothing to do with commitment. His wild bachelor lifestyle suits him perfectly—until a foster kitten named Chaos makes him a reluctant hero. Now he’s BFFs with the kitten’s two little girls and finds himself falling for their gorgeous mother, who couldn’t think less of him.

Divorced mother Jessie Connelly wants nothing to do with men like Zach. He’s sexy and charismatic and bad news, just like her ex. But her girls adore him, and he’s doing a good job filling in for their deadbeat dad. Then a snowstorm brings out the best in both neighbors, who, it turns out, have more in common than their mutual attraction…

So when Jessie’s past threatens her and her girls, Zach is determined to do whatever it takes to protect them—and live happily ever after with this family he has made his own.

This was my favorite of the Bluff Point series. I think a lot of reason is Jessie’s girls and Chaos, the foster kitty. Both of those things hit me with a llllllllllll the feels!

The other thing I liked- in the 2 earlier books, while I knew the couples would get together, it always felt like the man was doing the most pursuing- which is ok, but… sometimes it’s nice for the girl to admit (basically) up front that she wants the guy. Both Jessie and Zach were fairly upfront with each other that they wanted something from one another.

The cover. Had me allllll “awwing”!

Chaos and the girls. SO sweet.

How the Maine gang accepted Jessie. They could have iced her and they didn’t.

Bottom line: Super cute and prepare to be in major “aww” mode over the girls and Chaos 🙂

*Traveling With T purchased this for her own personal reading.* 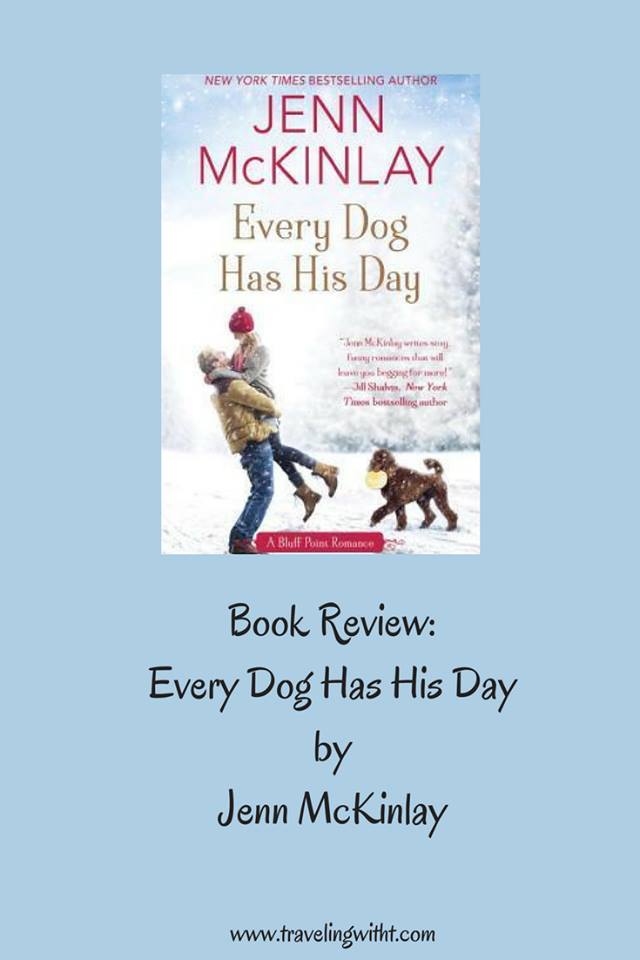 *Have you added Every Dog Has His Day to your TBR list?*