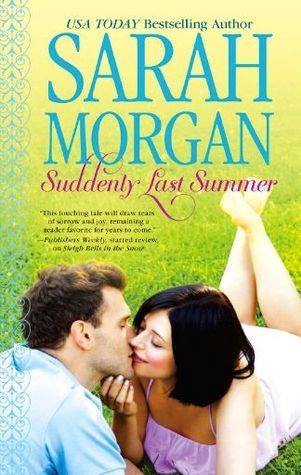 This book was sent to Traveling With T in exchange for a fair review.

Sean O’Neil- the sexy as all get out twin to Jackson O’Neil (who we met in Sleigh Bells in the Snow) is a surgeon. And darn proud of it. Life at the Snow Crystal Resort is not ever what he wanted- ever since he was a child, he dreamed of being a doctor saving lives. While he loves his family, the only really good memory in recent years at Snow Crystal Resort is the one hot and steamy night he spent with the chef, Elise. Elise is a fiery French chef- one who is a creative genius in the kitchen. Elise is not interested in having a relationship with anyone- she’s too focused on her plans for Snow Crystal.

When Sean is called back to Snow Crystal because of a family issue- Elise knows she will see him and wonders how their interactions will be since they have not seen each other really since their one night together. Elise is determined to treat Sean like she did before their night together.

Sean might have other plans, though. Seeing Elise, seeing her fiery passion over the restaurant, his family and life makes him remember their passionate night. And the more he interacts with Elise, the more he wonders if he could be satisfied with only one night with her?

Elise, because of her past in Paris, does not believe in relationships. She does not want to open herself up to pain. Sean, though, may make her reconsider!

The second book in the O’Neil series features Sean O’Neil- the sexy surgeon. We briefly met Sean in SLEIGH BELLS IN THE SNOW- and we get to learn a lot more about him- why he is reluctant to visit Snow Crystal and his role in the family. The readers also get to know more about Elise, the French chef.

The plot was great- the romance between Sean and Elise, the wanting each other and yet being afraid- was so understandable. The underlying plot- the family drama- was also very understandable.

The romance scenes were hot- Elise and Sean was something else. The pages practically sizzled with each interaction they had- the reader could practically see the longing between them.

All in all, if you enjoyed SLEIGH BELLS IN THE SNOW and the O’Neil brothers- then SUDDENLY LAST SUMMER will be a welcome addition to summer reading list!

*This book was sent to Traveling With T from Harlequin Books in exchange for a fair and honest review. All thoughts and opinions are mine alone.